What part of you novel mirrored anything that we might find in the news today?

Much of the novel has happened since I wrote the book or is very likely to happen. I don’t want to give away too much to those who have yet to read PATRIOT, but all the technology is correct and the solar events Dex talks about have actually become a phenomenon in the past 18 months or so. The ‘spy stuff’ about phone tapping etc has become an international scandal, thanks to Edward Snowden. I wrote about all of this before those events became public. I do feel vindicated, but I also feel like  they stole my plot!

How did you manage to keep readers in suspense and interested in the plot?

By ensuring I was in suspense and interested in the plot! I wrote, re-wrote, cut out sections, gave it to test readers, worked on other things and went back to it…each time I found things I that I didn’t feel ‘worked’. Basically, I crafted, honed and sweated until it did keep the reader on a rollercoaster from page to page and I’m so pleased that almost every reviewer has commented on just how exciting it is!

How important is the dialogue?

Good dialogue is key to any piece of writing. It has to be believable, but not realistic. If you every listen to a regular conversation, you will realize just how boring and repetitive it is. The skill  to writing great dialogue is to make it sound natural when read off the page, but to cut out all the boring, unnecessary bits. Luckily for me, I’ve always had a knack for dialogue. I know there writers really have to work at it.

How important is the setting? What are the many locations that you incorporated in this novel?

Setting is really important. With the exception of Afghanistan, I am very familiar with all the settings in the novel and to gain more knowledge of Afghanistan, I talked to military personnel who have fought in similar places and I also watched a lot of uTube footage, shot by both US and UK soldiers, as well as ‘embedded’ news teams. That was quite distressing, but I had to do it.  Of the other settings, I suppose Labrador is the most unusual. I chose it because it is a place I know well and  it is largely unknown to many people outside of Canada, so I had something of a blank canvas as a writer. The unknown is also intriguing, and that’s useful in a thriller too! It’s also a beautiful, remote and has few boundaries or people, so ideal territory for the kind of events that occur there in the novel!

How long did it take you to write this novel and do the research?

Three and a half years in total, although that does include almost a year when I did very little, because my husband was struck by a car and I needed to spend my time looking after him. That time away from the book was useful though, as I went back to it with fresh eyes. I also spent a year polishing after it was ‘finished’, getting it edited, getting feedback off people, talking to publishers etc, so of the three and half years, I did 90% of the research and writing in about a year and a half.

Did you have any advisors or anyone as a resource?

My husband was in the Royal Air Force and is an aircraft engineer. I also spoke to a marine engineer about ship’s engines and design. The rest I researched in the traditional way, in books, magazines and online.

Where do you see Brooke next? What about Scott?

I’m currently writing their next adventure, which begins in Patagonia.

How did you create the dramatic ending?

The ending also took almost as much work as the beginning! I re-wrote it about a dozen times, changing it significantly. When I got it right, I just knew, I could ’feel’ it worked. Is that experience, instinct or a learned skill? I’m not sure, but it’s vital as far as I’m concerned.

Brooke is a strong character and so is Scott: Do you see them working together in the future or getting closer?

I’m not giving that away before the launch of the next book in the series!

What lessons can readers learn about wars, what is really happening in Afghanistan and why our government agencies need to stay vigilant.

With the exception of the attack on the Apache at the start of the book, many of the events depicted have become more fact than fiction since I first write about them. It’s easier than ever to learn what is happening somewhere; traditional media and social media mean it’s possible to watch a battle first hand, from the helmet camera of a soldier, or even make contact with someone on the battlefield. The only requirement of us is curiosity and a responsibility for what happens to our country and is done in our name.

Where can readers learn more about you and your work?

Bio (Short):A.S Bond is the pen name of Alexandra Pratt, an internationally acclaimed travel writer and journalist. As the author of seven books, Alexandra’s own adventures have taken her around the world, from the cloud forests of Central America to D.C.’s corridors of power.  When writing Patriot, Alexandra drew on her experience of leading later the subject of ‘Lost Lands, Forgotten Stories; A Woman’s Journey to the Heart of Labrador’

(Longer):Alexandra is a freelance journalist and author of six previous books, including Lost Lands, Forgotten Stories the story of her award-winning canoe expedition in Labrador published by HarperCollinsand The Day The Island Exploded, which is the story of her father-in-law’s real life  escape from an erupting volcanic island in Antarctica, published by the award-winning children’s publisher, Barrington Stoke. Alexandra has studied at both the George Washington University in Washington D.C. and also at the University of Sussex in the UK, where she gained her honors degree. Since then, Alexandra has travelled the world writing for magazines on topics ranging from wolf watching in northern Spain, to interviewing the last surviving Yaghan (canoe nomad) in Patagonia. Now married and based in the west of England, Alexandra works as a freelancer and also writes adventure thrillers under the pen name A.S.Bond. ‘Patriot’is the first title in her series of Brooke Kinley Adventures. For more information and the 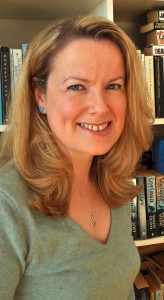 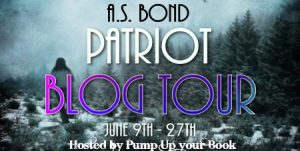 author educator book reviewer for authors reading and writing staff developer Book reviewer for manic readers, ijustfinished.com book pleasures and authors upon request blog tours on my blog and interviews with authors I am the author of five published books. I wrote three children's books in my Bertha Series and Two on Alzheimer's. Radio show talk host on Red River Radio/Blog Talk Radio Book Discussion with Fran Lewis the third Wed. of every month at one eastern. I interview 2 authors each month feature their latest releases. I review books for authors upon request and my latest book Sharp As A Tack or Scrambled Eggs Which Describes Your Brain? Is an E book, Kindle and on Xlibris.com Some of the proceeds from this last book will go to fund research in the area of Brain Traumatic Injury in memory of my sister Marcia who died in July.
View all posts by Just Reviews by:gabina49: »
« Interview with the author of Patriot
TO HONOR OUR VETERANS »

Error: Twitter did not respond. Please wait a few minutes and refresh this page.