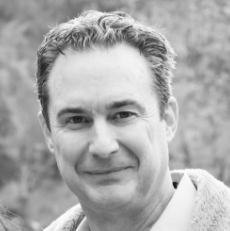 “An implantable cardioverter-defibrillator (ICD) is a specialized device designed to directly treat many dysrhythmias, and it is specifically designed to address ventricular tachyarrhythmias. ICDs have revolutionized the treatment of patients at risk for sudden cardiac death due to ventricular tachyarrhythmias. A permanent pacemaker is an implanted device that provides electrical stimuli, thereby causing cardiac contraction when intrinsic myocardial electrical activity is inappropriately slow or absent. Many, but not all, ICDs are also capable of serving as pacemakers.” (http://emedicine.medscape.com/article/162245-overview”) Imagine having one of these pacemakers and finding yourself in pain, bleeding, having trouble breathing and even having an infection or pulseless electrical activity following intraoperative defibrillation threshold testing. Imagine if your problems were not caused by the ICD but by someone who is controlling the apparatus and has hacked into the computer system that you thought only your doctor had access to and can now determine and decide whether you live or die unless you cooperate with them and bring them what they want. It’s not device related pain nor is it erosion of the device through the skin it’s simply someone clever enough to create a different device that when close to you or even far enough away can control your heart rate and your fate. Jack Getty is the CEO of Algen corporation and he is about to announce a breakthrough that will change the lives of everyone in the world. What would you do if you could live longer? Would you want to live till the age of 150 or more? What if you could live that long and not really age inside? What would you do and what about over population? As Jack Getty was about to make this startling and breakthrough revelation about a this amazing drug but out of nowhere yet unknown to anyone present someone caused what everyone thought was a major heart attack and this is where the story gets complicated and more profound. Moral values at stake and just who will be able to afford this special drug: Rich, middle class or poor? But, there is much more behind who is trying to take out Jack Getty as we hear the voice of someone calling themselves Mentor. A mentor is defined as an experienced and trusted advisor but in this case this person is anything but trusted nor does this person have Jack’s best interest at heart.

Finding himself in the hospital, learning about the implant and hearing his wife’s voice telling him he needs to rest, does not deter Jack from insisting on going back to work or he won’t have a job. This breakthrough seems more important and far more paramount then anything else including his life. But, things spiral out of control each time he enters his office is close to someone he is supposed to trust and winds up in deep pain and in need of help. How can an underground hacking group and why have their sites on his pacemaker and him taking the secure information that only he can provide and using it to find someone that this mentor wants to teach a lesson. Just who is this person that they want him to give up and why?

When Jack learns the truth about their quest he goes after the documents in question and reads up on this person only to find nothing remarkable or outstanding about this person. But, Jack is persistent and although his family’ s lives are now in danger, although he’s not sure how, the police are sought out to protect them, someone is watching, or more than one person is watching him as the author brilliantly weaves an intricate plot of revenge, deceit and total betrayal and the ultimate distrust of someone close to Jack hiding in plain sight but who and why?

Dr. Wong is his doctor and with a few short strokes on his computer pad and commands he can direct the correct responses to find out what is wrong with Jack’s ICD and he can learn what needs to be done if anything. But, Jack meets someone else in the hospital and they befriend each other. What happened to him is not something this doctor has ever seen before and dozens of patients have his ICD and he seems to be unique in what is happening? Caution is the word and rest is the other but Jack refuses to let go of his dream to announce his findings to the world. Welcomed back to work but Mentor contacts him and things begin to fall apart. Telling him to find the records and documents for a man named Marshall Armstrong and learning nothing remarkable when he does find them angers the Mentor when he tells him he won’t give them what they want.

Mentor was not the only person after Jack, a man named James Harmer was fired from his company and he was out for revenge. Working for the IT department on the third floor this man was a Senior Security Analyst. But, good at his job did not negate his bad behavior. He was aggressive to his co-workers and he got to the point that he had to fire him so what was he after and was his family even in more danger as we get to meet this man as Jack and his family get blindsided by this man’s revenge. Does he have something to do with the ICD problem? Getting his picture and seeing him up close and personal did not stop what happens next. Once again Jack’s heart started beating fast and things spiraled out of control and although he is finally stabilized it took him time to figure out who was behind what is happening to him. But, why as he finds Marshall Armstrong, hears his story but when the truth about why the Mentor went after him comes out things really begin to focus for Jack but why would he continue to hide and help him, what role does his son Scott play and what happens when Jack’s son is kidnapped?

Things spiral even further out of control as the person monitoring his ICD becomes more bold and the end result might mean Jack’s life. His wife and son are in danger and when he plans to try and fool this group of hackers and meet with his wife someone comes out that you will never expect. Jack was homeless at once and we meet someone named Bear, a man who played for a famous baseball team several times in this novel. But, when Jack is on the almost dead list and Bear saves his life what happens next might be a deal breaker for those trying to kill him. What happens when he refuses to help them? How will he get Michael back? Is his son Declan in danger too and why did Marshall’s son turn against him? Who will win? Who will lose? Who will survive what this person has in store? Only the author knows as I think and hope he is planning a sequel as Jack’s fight and quest has just begun. Jack reverts back to drinking to bury his troubles but will his wife be able to stop him before he destructs? Will he find Michael and will he get there in time the ending is explosive the harsh realities terrifying? Will Jack live? Will Michael be scarred for life if he is found? Will Cynthia and Declan be danger free? What happens will surprise readers and leave you wondering who will live and who will find themselves dealing with a the hope of never having a Cardiac Arrest?
Characters that are well defined and a plot that will keep you riveted to the printed page and wondering can this really happen? Is this fact or fiction? Cardiac: Only one way to find out: Read this thought provoking novel to learn the answer.

author educator book reviewer for authors reading and writing staff developer Book reviewer for manic readers, ijustfinished.com book pleasures and authors upon request blog tours on my blog and interviews with authors I am the author of five published books. I wrote three children's books in my Bertha Series and Two on Alzheimer's. Radio show talk host on Red River Radio/Blog Talk Radio Book Discussion with Fran Lewis the third Wed. of every month at one eastern. I interview 2 authors each month feature their latest releases. I review books for authors upon request and my latest book Sharp As A Tack or Scrambled Eggs Which Describes Your Brain? Is an E book, Kindle and on Xlibris.com Some of the proceeds from this last book will go to fund research in the area of Brain Traumatic Injury in memory of my sister Marcia who died in July.
View all posts by Just Reviews by:gabina49: »
« A DIVIDED SPY : CHARLES CUMMINGS
Alien Manifesto »