Learning about the finality of the life of his great poet, playwright and actor the reader gets immersed in his relationships, his successes and failures. Meeting Lord Alfred “Bosie” Douglas who was the third son of the Marquis of Queensbury, we are aware that Bosie knows of Oscar’s novel Dorian Gray. Back then it was unheard of for two men to become one or lovers and yet they were together for four years. The author shares their friendship, Bosie’s gambling and debt weakness and the fact that he does not hesitate a moment to flaunt his mother’s help when refurnishing, spending money he owes others and his flippant and cavalier attitude comes through yet Oscar seems to want his friendship at all costs. Talking about the Marquis we learn that in April of 1895 Oscar was accused of homosexuality and that the Marquis was the one that brought it out and then Oscar withdrew his case suing this man but was arrested and jailed for gross indecency and spent two year in prison and sentenced to hard labor.

Oscar Wilde had many trysts with several young men including Boise. Meeting Maurice Gilbert and wanting to please him he purchases a bike for him for his birthday before he goes off to the army. Next with his friend Frank Harris, Oscar meets Leon a young man who will carry them both by boat to their hotel but staying behind because this young man pleases him. In Europe the last three years of his life he seems to be wandering and searching for something to fulfill him but what? Trying to help him write and hearing Bosie’s offerings of poems in honor of someone close to him, Oscar is encouraged to write some more but does not.

Oscar thinks back to when he was married to Constance and the interaction between him and his son Cyril when he wanted to complete reading Kidnapped and his wife wanted the session over to complete his evening rituals. However, what Oscar does helps readers realize his love for his son and the importance of reading. The author then flashes back to the present and back again to conversations with Constance and his life before having to deal with his time in prison and what came after. Men with men was considered a crime and definitely against the mores of the time in Britain. Floundering back and forth between how he felt about being with both men and women was how he himself tried to deal with people accepted by society yet an outcast. Even his wife decided to withdraw her petition for divorce and reconciled to give him an allowance each month but when his habits did not change she cancelled the stipend but later on for other reasons hid the fact that she was sending him money from her solicitors. The author allows Boise and Oscar to flashback on their many encounters and it seems as you listen to the dialogue the readers are experiencing the interaction as it happened years ago. Wilde presents himself as a sad and defeated man after learning that Boise has moved on, dejected within himself at times and refusing to pen anymore poems, novels or stories leaving the literary world devoid of any of his new words. The novel reminds us of the prejudice and discrimination even today against same sex marriages or relationships and within this novel we learn about the progress of dignity and equality of that these men and women had to endure. Finding his voice was hard after being imprisoned many times and then as we learn bankrupted, exiled and then losing the one man who mattered to him Boise over and over again in reality and his own mind.

The scenes that follow remind the reader of the feelings that Wilde had for Boise, trying to relate that he was promised money from his inheritance and the constant rebuff he received, the promises that would never be filled and in the end losing him for good. But, Wilde does not give up and he meets a young man who is painting and they become fast friends but will this be more than a casual encounter? Flashing back to Wilde asking Boise to translate Salome into English and his acceptance.

Frank Harris has produced a play but in reality we learn it written by Oscar and hoping that he would sell him the rights to the play before anyone realizes that he did not write it or really own it. Friendships are tested, tension builds each time Oscar comes into play with someone he wants to just accept and love him but in many cases he has lost.

There are numerous issues that come to light regarding Oscar’s friendships and they deteriorate and how he believes that some owe him his due. Ear Surgery is necessary and at first he appears to be getting better but the doctor he enlisted seems too cavalier at times and his methods not exactly medically sound. Using too much morphine and Oscar mixing it with champagne the end result might have been worse except for Ross and Reggie who kept a constant vigilance over the dying man. Spending his dying days in Paris where he felt he belonged and his health ruined it seems as you learn more about it from lack of proper medical care and the doctor’s assessment as to whether he had an infection in his ear as a result of the surgery you realize that Oscar is about to leave this world.

When Oscar realized that he had a rash on his face he decided to try and pay to see the Pope. Within his own mind his ailments seem to disappear yet in reality they did not. Thinking he might be allergic to Paris and he needed to do something to find out and hopefully get the money to learn the truth from doctor but unfortunately the one he chose and maybe all during that time period did not have any idea what they were dealing with. On pages 169 Oscar shares his conversation about what Bosie owed him as Robbie explains how he should proceed? Within the rest of the chapter Oscar and Douglas share how Bosie created some special sonnets for his brother and the reaction that Oscar had and his way of enveloping him back in his life by asking him to translate Salome into English. It comes back to their present with his rebuff to Oscar about not paying him what he thinks he is owed as Robbie had explained to him. Told within a timeline of several months author John Vanderslice gives us a picture of this outstanding playwright, author and poet. Robbie Ross was loyal to him from the start to the finish and Wilde loved the beauty of life, the world and yet as I am reading this he seemed to live within his own private fantasy world facing what he thought his own reality of how life should be and how others should treat and view him.
Lord Alfred Douglas was someone whom he sought out for romance and for comfort knowing he was there. When he shuns or rebuffs him friendship or advances Wilde from his words feels betrayal, lies and deceits.

The chapter in part 3 titled Paris 1900 encompasses his last days and last minutes as both Robbie and Reggie rally round him as he becomes delirious, unresponsive at times and their conversation stilted and not comprehensible. Wilde says, “ Where is Reggie, Robbie? He went out. Out? Where? He’s out. I’m here now. He’ll be back later. He’ll be back tomorrow. He’s out, Oscar.

Oscar replies: but, I feel him here.”
Whether he really does and as he says at the end of this short dialogue: I feel someone here, Robbie might be a result of his disease, delusions or hope that both Robbie and Reggie would never leave him alone. Thinking back to Frank Harris and his play they talk about the case against Harris and how he finally paid him off to allow him to use his words but Harris lost and Oscar relates the money he finally got. Moving his head slightly Oscar thinks he sees Reggie gut a second later it is Ross.
Sadness sets in but although Douglas left him Oscar still thinks he’s a “Dear boy,” and loves the fact that he gave him fifty whole pounds. His love for champagne comes through and no matter what food, water, nothing could replace this passion for him. The ending comes slowly and the funeral filled with so many who paid tribute in their own way to this man yet only one would remain to see that his final place was respected and telling the assemblage that he would be moved to Paris did not really move anyone nor can you tell from the ending whether anyone would visit his grave where he was buried or when he was moved.

Scandal, trial, exiled, shunned, imprisoned, bankrupt yet within his mind at times feeling loved, wanted and just needing acceptance this memoir or recount of his life is heartfelt, well researched and definitely worth the read. 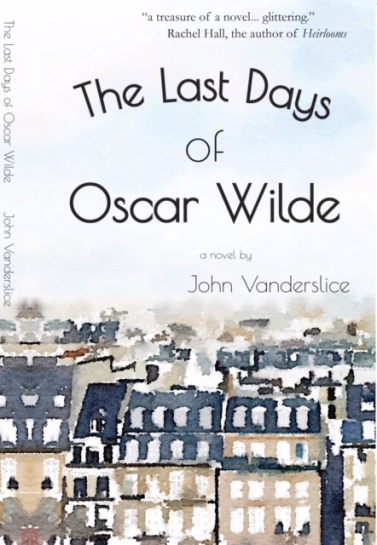 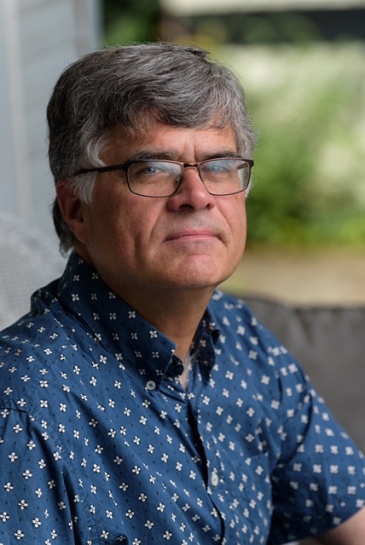 I would be remiss if I did not quote some of the amazing words of Oscar Wilde: Ignorance is like a delicate exotic fruit; touch it and the bloom is gone.

It is very painful for me to be forced to speak the truth. It is the first time in my life that I have ever been reduced to such a painful position, and I am really quite inexperienced in doing anything of the kind.

I’ve now realised for the first time in my life the vital Importance of Being Earnest.

author educator book reviewer for authors reading and writing staff developer Book reviewer for manic readers, ijustfinished.com book pleasures and authors upon request blog tours on my blog and interviews with authors I am the author of five published books. I wrote three children's books in my Bertha Series and Two on Alzheimer's. Radio show talk host on Red River Radio/Blog Talk Radio Book Discussion with Fran Lewis the third Wed. of every month at one eastern. I interview 2 authors each month feature their latest releases. I review books for authors upon request and my latest book Sharp As A Tack or Scrambled Eggs Which Describes Your Brain? Is an E book, Kindle and on Xlibris.com Some of the proceeds from this last book will go to fund research in the area of Brain Traumatic Injury in memory of my sister Marcia who died in July.
View all posts by Just Reviews by:gabina49: »
« THE FIREMAKER: PETER MAY
THE VOICE INSIDE: DO YOU LISTEN TO YOURS? »