THE VOICE INSIDE: DO YOU LISTEN TO YOURS?

The Voice Inside: Brian Freeman

Moral values, ethics and the right to decide for yourself and have your voice be heard is at the heart of this thought provoking novel which brings up a serious question: When someone is wrongly convicted of a murder and you know that the evidence was planted yet the killer belongs in jail: Do you present the information that you know that will free him or do you stay silent? Difficult choice yet Inspector Frost Easton makes a decision that will change his life and possibly cause the killer to go free to kill again. 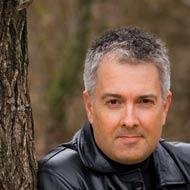 Shel Silverstein’s titled: The Voice Inside is the inspiration for the title and the message conveyed throughout this novel.

“There is a voice inside of you
That whispers all day long,
“I feel this is right for me,
I know that this is wrong.”
No teacher, preacher, parent, friend
Or wise man can decide”
What’s right for you–just listen to
The voice that speaks inside.”

We all have one that tries to point us in the right direction as we hear the voice that haunts Frost Easton and the result of paying attention to his inner voice inside.

Just how does this haunt Frost Easton when he learns the truth and presents the evidence to the police as one person’s career will end and another will create a rampage of deaths that makes you wonder whose voice should have been listened to and which one should have been t heard he loudest. Sometimes people can haunt your every waking hour and cause you to become obsessed with them. Rudy Cutter is a diabolical, sick and demented killer whose wife was the primary cause of his killing spree. Hope was diagnosed as Bipolar and his daughter Wren was less than a year old when she took her life and then her own. That’s when Rudy Cutter became anything but the man he once was and decided to take revenge on anyone that reminded him of his wife or daughter. Frost Easton after he realizes that Rudy was framed for a homicide or murder because his boss and closest friend planted evidence that put him away, Cutter cleverly created his own chain of events that would cause Frost to look long and hard within himself and decide whether to come forward or not. Katie, his sister was a victim so how do you reveal the truth and allow him to restart what prison ended? Dealing with his own family would create other obstacles and hurdles as his brother Duane with his new girlfriend Tabby, a close friend of the first victim, have to come to terms with what Frost put in motion. What about the other families and his parents when told? How would they react?

Eden Shay is slick, smart and wants to get her claws into Frost but not the way you think. She is writing a book dealing with Cutter and she knows more about him than the police and volunteers to hand over all of her notes and files to Frost if she becomes part of his investigation and he allows her to shadow him. As you get to know her and meet Cutter in prison you realize that there is much more to Eden that remains hidden. Just where did the watch come from that cinched his freedom and who found it?

His immediate boss was said to have planted the watch and was relieved of her position when Frost reported her to his superior. Not exactly the news anyone wanted and mixed reviews about what he did but Frost is ethical and you wonder if in real life if this was not fiction if he would have done the same thing.

Dealing with Jess, his boss, after she was terminated and realizing she could go to prison, she offers up her help to try and recapture Rudy who is on the lose, has killed a older man who was selling a Taser and is ready for his next victim.

Things spiral out of control as Rudy finds Frost, confronts him and yet he gets away. Dealing with him, shadowing him proves futile at times as he is smart enough to not get caught. Going to a bar, having others there to stay on the alert, no matter how they try they can’t catch him in the act.
Several young girls would pay dearly for just getting to know him and the author shares the names of his victim but you won’t believe who is number 8!

Every murder is planned out and no evidence is found and no matter how hard they search and try no one will give him up including his brother Phil, who swears and lies for him as he claims he’s all he’s got but how loyal is Rudy to his brother?

Eden Shay has only one goal in mind and that’s to become a world famous reporter and writer. Her book would send her over the top and she would write it at all costs to anyone that gets in her way. Frost was her main target convincing him to reveal information, allowing her access to the investigation yet realizing that somehow he could not trust her but what was gnawing at him?

Rudy Cutter wanted revenge for his wife’s rampage killing Wren his daughter. Her death destroyed his moral compass and many would suffer at his hand as did Jess but his next mark would be revealed but can Frost save Maria before Rudy kills her?

Lives are at stake and a killer has his next victim planned. Like the conductor of a symphony orchestra with each movement perfectly practiced and ready for the audience to hear. Closure is what he needs and each kill brings him closer to feeling that he has avenged his daughter’s death. But, the families of the victims need closure too.

A simple watch is the key to the murder and just who was really wearing it and who killed all of these young girls stems from the watch and how it plays in these murders. Each victim was wearing the same watch and each victim had something in common that caused Rudy to kill her. Josephine Stevenson is Hope’s mother and she’s hiding something that could break open the case. Anger, fear, sadness and losing her child and grandchild the resentment and the longing to rid herself of Frost’s presence when questioned by him more than once. But, Frost is astute and something triggers his investigative skills and he realizes the connection and why all of these young women were killed. Someone close to the first victim will be his next target but will Frost be able to save the last and final victim or will Rudy escape again?
The final scenes are electrifying and the end result will allow readers to know just how far someone will go to get or achieve their ultimate goals. Tabby and Duane are a couple but is it what she wants? Frost realizes that he still has not found his Jane Doe or perfect mate but where is he really looking?

The ending will shock readers and the truth behind Katie his sister’s death is revealed. Misinformation, a wrong destination and the outcome tragic Katie delivered pizza but the recipient who called for the pie never got it why?

Frost, Rudy, Eden, Tabby and Duane have a simple voice inside each of them directing their actions and sending them in different directions to achieve their final quests. Frost listened when revealing the truth behind what Jess did. Was he right? Rudy listens to Hope each time he feels her presence when he kills. Eden wants to be the next great Noble Prize reporter will her voice override the rest? Tabby and Duane each has their own hidden voices his leads him to realize he cares about her what about hers?

Author Brian Freeman creates a story dealing with moral values, ethics and integrity leaving Frost to figure out what is right and if his initial act of revealing what Jess did was right. Mixed feelings. Mixed reactions. Angry family’s of victims and his own family’s viewpoints as Frost struggles with his own inner conflicts until we come to the dramatic and climatic ending that only author Brian Freeman can create.
Some endings are final and others may lead Frost in many new directions but whose voice will win out in the end? Will Rudy win? Will Frost stop him cold? Will Eden get what she wants? Who can Frost trust? Where will Frost go next and will he once again listen to THE VOICE INSIDE him? Let your conscience be your guide to justice!

author educator book reviewer for authors reading and writing staff developer Book reviewer for manic readers, ijustfinished.com book pleasures and authors upon request blog tours on my blog and interviews with authors I am the author of five published books. I wrote three children's books in my Bertha Series and Two on Alzheimer's. Radio show talk host on Red River Radio/Blog Talk Radio Book Discussion with Fran Lewis the third Wed. of every month at one eastern. I interview 2 authors each month feature their latest releases. I review books for authors upon request and my latest book Sharp As A Tack or Scrambled Eggs Which Describes Your Brain? Is an E book, Kindle and on Xlibris.com Some of the proceeds from this last book will go to fund research in the area of Brain Traumatic Injury in memory of my sister Marcia who died in July.
View all posts by Just Reviews by:gabina49: »
« The Last Days of Oscar Wilde : STARRED FIVE STAR REVIEW
Bargain in Silver: Josie Jaffrey »