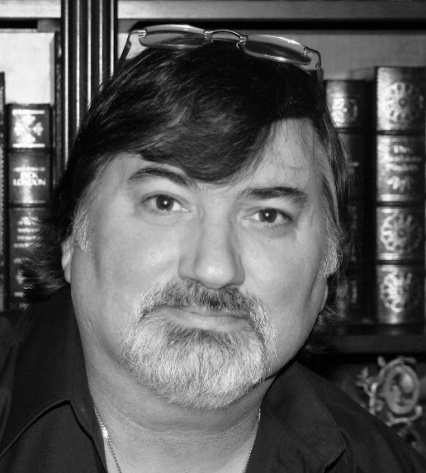 Who is the real Jonathan Hunter? Sometimes he was once Jonathan Mallory the brother of Kevin and at times he’s someone else. So many aliases it’s amazing that he can even keep track of the many names he uses, when, why and where. But, when Kevin asks him to meet him in a deserted place that they went to as children, what happens there will stick with him as guilty feelings will wave through his entire body for a long time. Someone decided to take his brother out right in front of him and he was too late to stop him. Jonathan is a security consultant and his brother worked for the FBI and when the police become involved things and events get heated up. But, not only is he wanted and questioned by David Bond the detective in charge, but the FBI agent who would try and take him down.

Jonathan worked for 15 years for the CIA as a consultant and when his brother Kevin contacts him and requests he returns to Winchester, Va, the inevitable happens Hunter deals with bullets fired at him and then finds his brother Kevin fatally injured on the east bank of the Shenandoah River. Kevin dies right in front of him but first presents him with a slip of paper with an incomplete address, which sends him to Manassas. When arriving there Jon sees two men one white and the other darer skinned leaving the house. Things take on a different turn as he continues to follow the car of these men leaving the house, bombs it and kills and injures anyone in their wake. To find who is responsible and who killed Kevin the final word spoken by his brother Khalifah, the person responsible for this terrorist plot. But, Detective Bond questioned him for hours before he views his brother’s body along with Kevin’s wife Noor and his adopted son Sam that he did not even know exited. The message named Khalifah, Maya, and Baltimore and then Kevin dies. Things spiral out of control when the author introduces Oscar La Rue, who realizes that Jon is not invisible anymore. Jon works for LaRue has a consultant. Listening to LaRue speak to his driver and getting to know him gives the reader chills and his contacts are not glad that he is not loner in his Middle Eastern location and now in the U.S.
Meet Detective David Bond and FBI Special Agent Victoria Bacarro, who are now in charge of a Joint Terrorism Task Force in Winchester. Kevin was a member of their team and his death is personal. His conversations with them are quite unsettling as he evades their questions, cryptic answers and at time evasive. Just why he was estranged from his brother is not revealed and his family does not want Jon to help with the funeral preparations or even to attend.

Noor is Iranian and Sam seems hostile and angry and won’t get him any slack.

Within the town of Sand Town is a Muslim community and Noor thinks that things might be festering there plus the answers the Jon might need. Using the address the his brother gave him on the paper before he died, even though it was not complete he manages to follow the young man but the bombing stops him cold. LaRue wants Jon to be in check and to find those responsible for the attacks to take down our country. Finding dead bodies and threats coming from everywhere Jon needs to decide his next move.

As the story continues Jon decides to help Noor deal with his brother’s death only to find her in the hands of a killer who has been searching her home but looking for what? Leaving her house and then moving along Jon has to decide what his next move might be. The author allows readers to hear his innermost thoughts, conflicts and strive as he wanders through his mind, reminds us of his past and wonders about the present. A story about guilt, betrayals, alienation, family estrangement and a young teen named Sam who is angry, militant and might be a link to what is happening with terrorists.

Hearing the voices of Caine and Khalifah as they vie for control of the situations they have been assigned by the mastermind called the Foreigner, you realize the magnitude of what a terrorist cell is and how dangerous they are when in full operation.

Meet the foreigner who is in a high position in Russian Intelligence and who is close to LaRue. Their encounter lets readers know that the terrorist attacks were well planned, well defined and this man called Alexi might be the orchestrator and that LaRue is smart enough to learn how to stop what might happen next. Added in we have Sam and his friend Bobby who seem entrenched in whatever is happening with the Muslim and Iranian communities. Noor and Jon have a long talk and we learn just from the encounter in the café, that there is a lot of discord, prejudice, hate, and discontent within the small towns and that even the waitress and her actions allow readers to understand the full extent of the word racism.

When both the Russians and the Iranians are now in the thrust and taking center state, things get more difficult, Hunter and LaRue need to find Khalifah and Caine who will run, skip and dance to wherever the most payout comes from.

Things get out of control and Hunter learns information but not all from Koor as Koor requests that he moves in with her and Sam. Listening to Caine your blood will boil as he is planning the next attack but is he double-crossing those that think they are in charge? What are they creating that will destroy many in America and in the Middle East? Refugees are becoming trapped and lives are at stake and fear reigns as Bobby presents Hunter with a flash drive that might lead to learning who killed Kevin.

Then Bobby is in trouble and two terrorists have him but Hunter gets him to safety but Sam somehow brings him to Hunter’s cabin where things get more out of control. Sam seems tight with these two men and then Hunter is arrested when he learns that Saeed hit Union Square and hundreds of lives are gone.

“G” the man who Kevin said to find before he died tells Hunter about the case that Caine and Saeed have plus the result of what it can do when used.

LaRue is very powerful and when you hear him talk with Alexi Mikhailovich Fedorov you learn the hidden lies, betrayals and truths behind what someone has set in place. One man that revealed it all and others that will pay more than a heavy price before all is said and done.

Hunter is placed in the center of many disputes, controversies and at time is taken in for questioning and although you become suspect of many of his allies, you will be blindsided as he was when the truth behind one person’s identity is revealed. Operation Maya is a full blown terrorist plot using the chemical Sarin as the primary agent. Bobby, who wants to be a journalist has photos that might help but in the end it might be too late for him too.

Saleed Mansouri is in Sand Town and they claim to be targeting refugees but there is much more that they have in mind. Union Square is hit and two separate nationalities of refugees were involved. Then something about his brother and the real reason he was there and came home is revealed. Was Kevin a rogue agent? Was he home for another reason? What is the reason for the attacks? What is Fedorov’s real plan and what is behind it? Why are they diverting the attention of the Americans? What does Russia really have in mind? Fariq and Azar were told to deal with Bobby but someone was hoping to save him. Sam is angry and the end result you won’t believe as this young teen has become more than jaded and no one seems to trust Hunter.

The ending reveals the final deceptions, lies, betrayals of people that the reader might think they can trust. Who is Khalifah? Who is playing both sides? What will happen if any more attacks kill innocent people? Who’s left standing? Who is the final terrorist? What will happen if Hunter can’t stop the final explosion or death? This is a powerful novel ripped right out of the headlines and the ending is more than explosive as author Tj O’Connor created a complex plot filled with the unexpected, unsuspecting and a final showdown that will blow your mind. What is next for Jonathan Hunter? What will the real of THE CONSULTANT be next time?
Fran Lewis: Just reviews/MJ magazine

author educator book reviewer for authors reading and writing staff developer Book reviewer for manic readers, ijustfinished.com book pleasures and authors upon request blog tours on my blog and interviews with authors I am the author of five published books. I wrote three children's books in my Bertha Series and Two on Alzheimer's. Radio show talk host on Red River Radio/Blog Talk Radio Book Discussion with Fran Lewis the third Wed. of every month at one eastern. I interview 2 authors each month feature their latest releases. I review books for authors upon request and my latest book Sharp As A Tack or Scrambled Eggs Which Describes Your Brain? Is an E book, Kindle and on Xlibris.com Some of the proceeds from this last book will go to fund research in the area of Brain Traumatic Injury in memory of my sister Marcia who died in July.
View all posts by Just Reviews by:gabina49: »
« INSPIRATIONAL POEMS
The Bridal Chase »

2 thoughts on “The Consultant”