Can you hide behind yourself and never let the world really know whom you are inside? Can someone live his or her life never having a real identity? Enter the worlds Rebecca Brown and Keller Baye and try and unravel their secrets. Each character within this novel has something to hide and something they want hidden whether a secret about themselves, a deed they would rather not have uncovered or a hidden truth that will create hate, revenge and unravel until it overtakes someone and finds it’s mark. Keller spends his life hiding from reality and on the cover we see him hiding in the woods. Rebecca is depicted looking out at the ocean. Two people from different worlds and when their worlds collide sparks will ignite. Rebecca lives in Scotland is pictured wearing a kilt where as Keller seems off center and unfocused. Growing up in Taransay her family that she was sent to live with after her parent’s fatal accident, have their own secrets to bear and each one will be revealed as time goes on. But, Rebecca is odd and not a typical child living under the roof of her grandparents Ralph and Primmy. Her grandfather is her rock where her grandmother is cold, austere and refuses to allow her to have any kind of freedom as a young child. She is practically held prisoner within the walls of this unhappy home. Keller is living his life alone as his mother left him, his father is on death row for a murder he committed yet as you see the scene relived after the sentence is invoked, readers will wonder if the murder was an accident and if his father is taking his punishment for a crime for a robbery gone bad.

Getting to know Keller you learn about his love for his cat called Steve Truffaut and when the cat is killed and how, the revenge he takes on the person will bring chills to not only the reader but also everyone around Keller.

Getting to know Rebecca we realize that she is not outgoing, open and often relates to things and events within her mind. But at the age of 10 she and her friend MariaTheresa decide to take a different turn. While her friend was swimming, she went to the library to research the accident that her parents were in and what she finds leads her to want to learn more but no one is telling her much about what happened to them. Why?

Every character in this story suffers in some respect and both Rebecca and Keller are vulnerable in their own ways. Hoping to see his father in prison not until he meets someone he called Master, did he get to see him and the visit would end with them never speaking again. But, the author flashes back to this scene and then we relive the robbery but first we witness the execution of his father. Rebecca lives with her grandparents because she has nowhere else to go but throughout the novel as she gets older and becomes a teen we realize that she wants to escape. Keller finds himself alone and is constantly in trouble and yet when abused at home and his Aunt Joya mistreats him, he fights back in a dangerous way, will not take money from anyone but the end result of what happens to her because of the things she did to him and hid from him, will not surprise readers as you get to know Keller. Keller learns about Rebecca and now his quest is to meet her and for some reason take her down.

Keller lived a desolate life with his Aunt Joya but when things became highly volatile and he wanted his real freedom what he does will not shock readers but Aunt Joya when she loses control over more than her actions and home. Austen and Collette her sister and brother were not exactly the typical siblings and when Rebecca and Austen are alone one day her reaction to his movements shocks readers and Rebecca and one sentence voiced and spoken will haunt her for a long time.

Rebecca angers when her Grandmother destroys a toy that was her comfort and kept her calm as a child and things change when she goes to live with her sister and her life partner and then finding her own way.

Keller is dangerous and although handsome when using his sources and information tracks down Rebecca why does she fall prey to his wiles and when coming to see her comedy acts not really supporting her in the right way. Something about how fast their relationship blossoms and the fact that he seems to pop up at all times would make someone wonder. When her brother reappears and she learns more than she wants to know about her family background why does she allow him to take Primrose her grandmother to the hospital and what is the end result? Just his actions and his demeanor should have alerted her to the fact that he’s dangerous.

Rebecca wanted to learn more about her parents and the author reveals some shocking information at the close of the novel but will that information change the final outcome? What happens when Austen reveals even more? What happens when Austen learns just who Othaniel Baye was and his link to the murder of a judge? Rebecca’s light bulb goes off but will she realize that Zachary her boyfriend is really Keller Baye his son and that the reasons for his befriending her were REVENGE?
When the cast becomes one and the final explosive scene is played out the truth behind a murder in the past will be solved but what about Rebecca will she ever be the same? A teacher that was part of his past and the relationship he hoped would come back in the present and a secret that Rebecca might never learn as law enforcement goes into action, someone close to her is sacrificed and the ending leaves us wondering what is the fate of someone close to her that she has no idea exists? What will Rebecca do next? What happens to her grandmother? What truths and betrayals have yet to be revealed? Hiding behind her own fears, inadequacies and so vulnerable and just wanting to be loved, accepted and cared for, Rebecca Brown/AKA…… who are you really and when will you come out of HIDING?
Fran Lewis: Just reviews/MJ magazine/MJ network 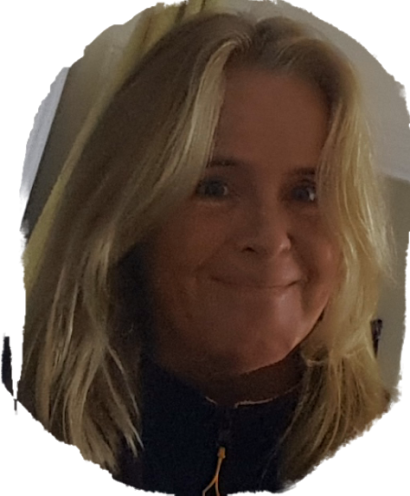 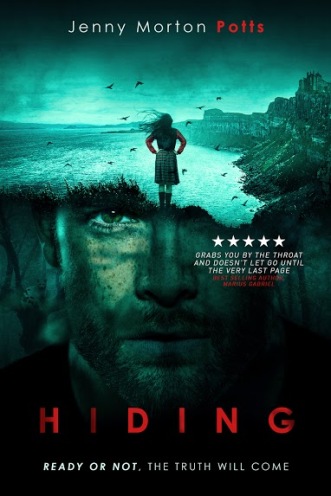 author educator book reviewer for authors reading and writing staff developer Book reviewer for manic readers, ijustfinished.com book pleasures and authors upon request blog tours on my blog and interviews with authors I am the author of five published books. I wrote three children's books in my Bertha Series and Two on Alzheimer's. Radio show talk host on Red River Radio/Blog Talk Radio Book Discussion with Fran Lewis the third Wed. of every month at one eastern. I interview 2 authors each month feature their latest releases. I review books for authors upon request and my latest book Sharp As A Tack or Scrambled Eggs Which Describes Your Brain? Is an E book, Kindle and on Xlibris.com Some of the proceeds from this last book will go to fund research in the area of Brain Traumatic Injury in memory of my sister Marcia who died in July.
View all posts by Just Reviews by:gabina49: »
« The Gilded King
The Lethal Spectre »