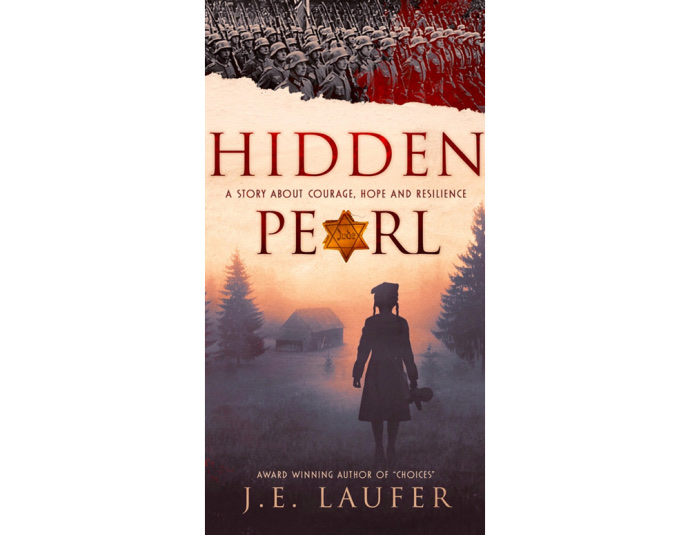 Blinded by fear and having to hide your true identity is at the core of this heartbreaking and heartwarming memoir about a young girl that had courage, boldness and honored her true self as she had to find a way to survive at the hand of so many who were cruel. Imagine living with your family, a family of 11 a then being forced to hide among the trees, the forests and even sleeping in barns and other places hoping to be undetected by the Nazis who thought nothing of killing innocent Jews just because they could. The hate for the Jews, the disregard for their lives and the fierce way the shot them, took them to interment and concentration camps shows the heartlessness of these soldiers, the insanity of Hitler that brainwashed them into believing his ideology and creating a sickness called anti-Semitism, prejudice, injustice and fear throughout Poland, Russia and England. As the United States did not want to declare war and the allies had to decide whether to come after Hitler and take action, millions of people, families that were innocent, children that lost their homes and parents had to find a way to survive under conditions that were unspeakable and unbearable.

Pearl was only ten at the time and her father Chaim and her mother Giselle plus her 10 brothers and sisters lived in peace in a home in Poland until they could not.

Life was great in Poland for Pearl living with a great family of brothers, sisters, parents and grandparents until a neighbor warns them that the troops are coming their way and it was time to leave. Packing up what they could how do you survive with no food, no shelter and in Pearl’s case no shoes? WWII is one that no one should forget as the result was more than tragic and the hate for a people that just wanted to survive and live still lingers today in the hearts of many who will never accept anyone that is not their own.

This story is based on the true life of the author’s mother-in-law Pearl Laufer who would beam at fact that this story mirrors her life and honors so many dear to her heart.

Pearl and her family had to leave in the dead of a day that would remain in their minds forever. But, the roads and the passages for filled with hardships, difficult terrain and often little food or shelter. Families along the way would shun them and not take them in threatening to send for the soldiers. Even when one family helped them it was for one night everyone was afraid and lying about being anything but Jewish was a form of survival for Pearl and her family.

Pearl and her brothers and sisters had to make serious sacrifices as one brother and sister found work on a farm and left the family in order to make it easier for the parents to have a smaller number of children to protect. But the soldiers were always there and hiding places became scare and eventually more of the children had to find work and Pearl was next. Leon a close friend found where they were hiding and Giselle and Chaim her parents realized that she too would have to go and work on a farm in order to survive and not be caught by the soldiers. Families took in strays but not all were kind and accepting as you will learn when you meet Karol the woman who Pearl had to live and deal with for so many years How do you live knowing you can no longer be the person that you are, need to change your name, no longer state that you are Jewish, give up your hopes for the future and pray to God every night just to live another day and see the sun shine some day on your family once again.

Throughout the story we get to know Pearl as a kindhearted young girl, polite and at times complacent knowing that Karol the woman she is working for is mean, can be abusive and definitely would have done worse if she knew that her real name was Pearl and not the name she had to invent for herself.
Life is hard and Leon does come to check on her until Karol does not want him there anymore. Not appreciating his kindnesses, the food he brings her and the help he has given to her, Karol is unappreciative and yet her daughter Nadia is kind, warm and often befriends Pearl.

Heartache is at the center of the middle of this memoir as Pearl learns the fate of some of her siblings, the fact that her mother had to flee and her whereabouts unknown. Her father is struggling with his own demons as leaving his two sons alone for find food and go in search of Giselle, he comes back to bury two more. Anger is an emotion that hits the reader and anyone that read this book as the heartless, cruelties, and unthinkable things that people had to do to survive we hope never happens again.

When the war is over and the camps are empties and the prisoners that are alive hopefully are saved and given places to live and protection, one girl named Pearl sets the bar really high as she learns what happened to her mother, hopes that her future will be with who is left in her family and the courage to stand tall, stand up to the woman who claimed she took her in and did so much for her, you applaud her at the end. Courage, bravery and never giving up Pearl is to be admired. Author J.F. Laufer created a memoir that any mother or mother-in-law would be proud to read and honored to have written for them. What happens at the end and where did Pearl and her family wind up you will have to learn for yourself when you get a big box of tissues and learn the final fate of Pearl and her family. Added in are the beautiful pictures that will help you meet all the family before so many were taken away and you will meet Pearl. A narrative that draws the reader in from the first page and a story that must be told, and time period called the Holocaust that we can never forget. Hidden Pearl is one memoir that everyone needs to read.
Fran Lewis: Just reviews

author educator book reviewer for authors reading and writing staff developer Book reviewer for manic readers, ijustfinished.com book pleasures and authors upon request blog tours on my blog and interviews with authors I am the author of five published books. I wrote three children's books in my Bertha Series and Two on Alzheimer's. Radio show talk host on Red River Radio/Blog Talk Radio Book Discussion with Fran Lewis the third Wed. of every month at one eastern. I interview 2 authors each month feature their latest releases. I review books for authors upon request and my latest book Sharp As A Tack or Scrambled Eggs Which Describes Your Brain? Is an E book, Kindle and on Xlibris.com Some of the proceeds from this last book will go to fund research in the area of Brain Traumatic Injury in memory of my sister Marcia who died in July.
View all posts by Just Reviews by:gabina49: »
« Occult Persuasion Or the Anarchist Solution
Strangers we Know: Christina Dodd »

One thought on “Hidden Pearl”